Is eye pain always associated only with an eye disease?

No, other diseases can also cause pain in the eye or around it.

When are other structures of the body responsible for eye pain?

The eye is a generously innervated organ whose sensation is supplied by the trigeminal nerve which is responsible for sensation to the skin of the head, upper lid, lacrimal gland, cornea and eye mucosa or conjunctiva, the root of the nose, frontal sinuses and also in a part of meninges, their outer layer and blood vessels. In case of pathology of this nerve, one of the symptoms could also be eye pain although the eye as an organ is intact. 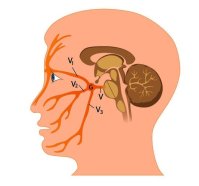 Trigeminal nerve (V) and its branches

One of the nucleus of the trigeminal nerve is located in the neck region where it interacts with a cranial nerve XI or accessory nerve and also with nerve tracts in the upper part of the neck thus transferring neck-emerged pain to the head including the eye. 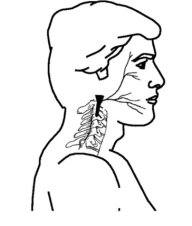 Nucleus of the trigeminal nerve (V) in the neck

Eye pain may be caused also by diseases of the optic nerve and occipital neuralgia or diseases of nerves originated from the region of the first and second cervical vertebrae. 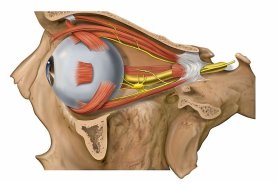 Anatomy of the optic nerve

What diseases cause eye pain and headaches?

Migraine or disease characterised by intense headache. Symptoms of the disease can include increased sensitivity to light and sound, nausea and vomiting, dizziness, pains in the eye or behind the eye, blurred vision, changes in the visual field (floating opacities, flashing lights) etc.

Migraine is classified as two types, migraine with or without an aura. In case of migraine with an aura, there are symptoms before the migraine attack signalling an approaching attack. The attack of migraine may last from several hours up to several days and it usually has several phases. However, each patient can react differently.

There is also a retinal migraine or eye migraine when the main complaints during the attack are associated with visual disturbances, blurred vision. 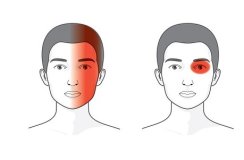 Cluster headaches are one of the most intensive headaches. They usually start abruptly without any warning symptoms and are characterized by episodes of pain which repeat periodically. The period of attacks usually lasts from 6 to 12 weeks and may be seasonal. During the period of attacks, pain usually occurs every day, possibly even several times per day. Duration of one episode of pain may be from 15 to 180 minutes, besides each time it starts at a specific time of the day, most frequently at night, 2 to 3 hours after falling asleep. Pain is usually tormenting, in most cases it is localised around the eye but it can radiate to the face, head, even to the neck and shoulders. Pain is unilateral and could be accompanied by redness of the eye, increased lacrimation, eyelid oedema and even dropping of the upper eyelid.

Occipital neuralgia is a common type of headache. These headaches are caused by a pair of occipital nerves which arise in the neck region next to the 2nd and 3rd cervical vertebrae. Causes of pain includes tumours, trauma, infections, haemorrhages or such a systemic disease as osteoarthritis, degenerative changes in the cervical vertebrae, diabetes and gout. Occipital neuralgia may be caused also by prolonged flexion of the head. Usually pain starts in the neck and then spreads up and radiates behind the eyeball, to the back of the head, forehead and temple. Pains are sharp, pulsating, like an electric shock.

Trochleitis is inflammation of the tendon of the superior oblique muscle which causes pain above the eyeball or in the inner eye corner. Trochleitis may be caused by autoimmune connective tissue diseases, e.g. Behçet’s disease, granulomatosis with polyangiitis, lymphoma, Tolosa-Hunt syndrome and rheumatic diseases – rheumatoid arthritis, systemic lupus erythematosus or inflammation of paranasal sinuses, tumours. In case of trochleitis, pains are sustained, their intensity may vary from dull to very intense. It has been mentioned in isolated studies that trochleitis may trigger migraine if a patient has previously suffered from it. 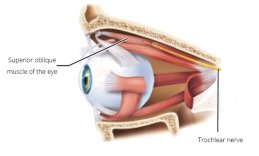 LASH is a very rare type of headaches which may manifest in two ways. In the first case, the symptoms of the disease are episodic and manifest by short-term, frequent attacks of headaches accompanied by signs such as irritation of conjunctiva, lacrimation, dropping of the upper eyelid, nasal discharge. One attack lasts from 2 to 45 minutes. In the second case, LASH manifests as mild to moderate long-lasting unilateral headaches accompanied by migraine-like attacks with an even more pronounced pain syndrome. In both cases, pains could be localized also behind the eyeball.

Trigeminal neuralgia is a chronic condition affecting the trigeminal nerve, and in case of it even a mild stimulation of the face may trigger an attack of shooting pain. The attack of pains may be triggered by smiling, speaking, touching the face, drinking cold or hot drink, shaving, brushing teeth etc. Initially, the attacks may be short and mild which gradually progress both in duration and intensity. Pains are cutting and like electric shock, their reason is not fully understood.

Disease of paranasal sinuses is an inflammation or oedema of tissue in those sinuses which may be a result of action of different viruses, bacteria, fungi or allergens. Inflammation causes obstruction of the sinuses which is manifested by typical symptoms – nasal discharge, tenderness in the face area including area around the eye, headaches, fever, weakness, sore throat and cough. 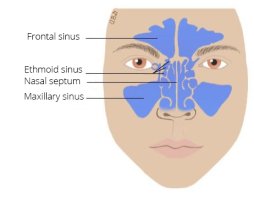 Irradiating pain. Eye pain can also occur in case of haemorrhagia in the frontal lobe when pain radiates to the eye, in case of damage of the posterior cranial fossa and cervicalgia or pain in the cervical part.

Even the famous philosopher Socrates who lived before our ere has said: "Just as you ought not to attempt to cure eyes without head or head without body, so you should not treat body without soul..." Although the narrow specialization in different medical fields is characteristic of medicine today it is always worth remembering that the human body is a whole entity which should be treated so.